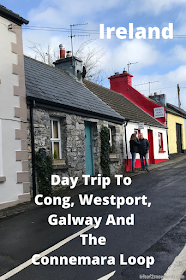 My sister, Sandie, talked us into going to Ireland by explaining that it would be a very inexpensive trip.   We were very interested in going on a budget-friendly vacation.  She explained that the reason why it would be a cheap vacation is because she wanted to go off-season, in February, when the nursery school she works at was closed for President's Week.   So we checked at Aer Lingus to see what their non-stop from NY to Shannon Airport in Ireland would be for that week in February.   Just $523 per person.  That sounded good.  Then we went to the website Sandie found, authenticireland.com and worked with the very patient and wonderful, Jocoya Fox-Jones, who got us 7 nights in Atlantic View Cottages in Doolin, a rental car and two unique and fun excursions for another $544 each making the total cost per person only $1,067.   We could afford that and it sounded like a very good price for all that we were getting. 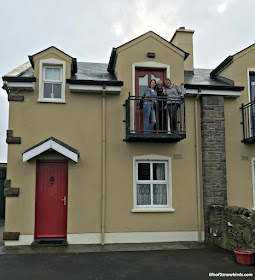 So our plan was to plan day trips to different areas around Ireland and always return back to the cottage at the end of the day.  It did mean that we would spend a lot of hours in our rental car.  Thank goodness we all really do enjoy each other's company!

For our first day trip, on our second day in Ireland, we wanted to do Rick Steve's walking tour of Westport.  Westport was almost 3 hours away from the cottages.  We found other places to see on our way to and from Westport to break up the trip.  Our first stop was Cong in County Mayo.  We drove 2 hours north to Cong where we read we would find the ruins of Cong Abbey.   The last high king of Ireland, Rory O'Connor died here in 1198. 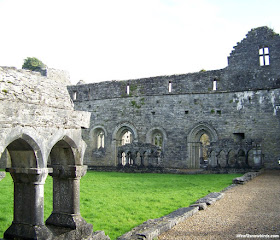 We crossed the small bridge, on the grounds of the abbey, that led to the Cong Forest Recreation Area. 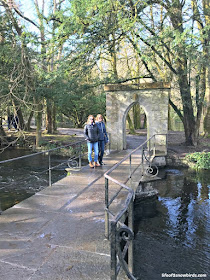 Halfway across the bridge was a ramp that led to the fisherman's house that the monks used long ago.  There was a hole in the floor where they dropped their fishing lines. 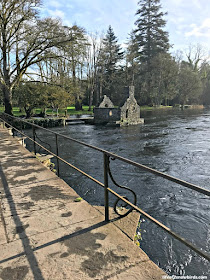 We took a short hike through the forest and then headed to the town.  It was here that the movie, The Quiet Man, starring John Wayne, Maureen O'Hara was filmed. 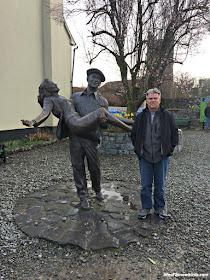 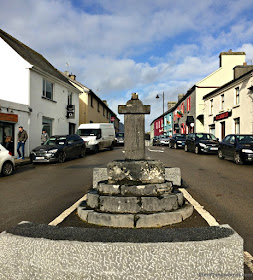 Cong Market Cross - I read that this cross was seen five times in the movie. 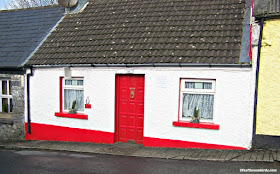 The "Dying Man House" from the movie.

It was lunchtime after our visit to Cong.  We took advantage of having the fantastic full kitchen we had at the cottage and stocked up on groceries to prepare breakfasts and lunches to take on the road with us.  We had a busy day planned so we packed a lunch to eat on our hour drive to Westport.   The town of Westport was named The Best Place To Live In Ireland in 2012.  We were excited to find some of the sights Rick Steves' mentioned in his guidebook.  Two things we were not going to find here was chain stores and stop signs. 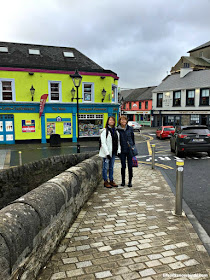 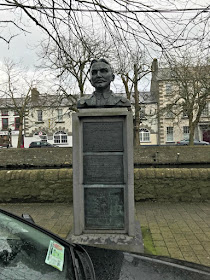 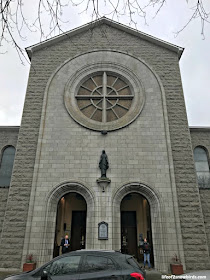 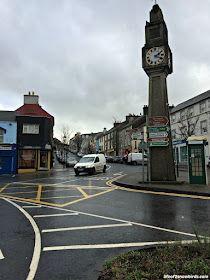 From Westport, we headed 1 hour southwest to the scenic Connemara Loop.  Part of this loop cuts through the Connemara National Park in County Galway and past the iconic Kylemore Abbey. 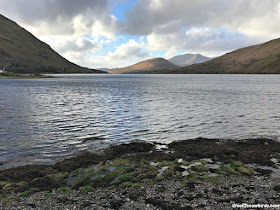 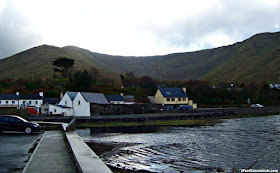 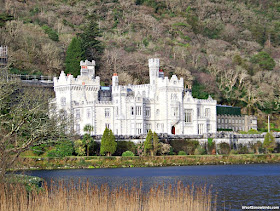 We went halfway around the loop and got off when we got near the city of Galway.  It was dinner time and we Googled and found an interesting restaurant that made all their entrees into pies.   It was a plus for us that The Pie Maker was on the lively Quay Street. 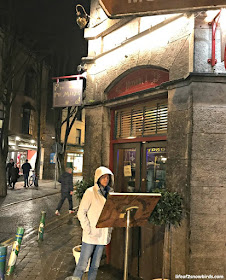 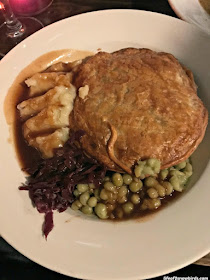 Our pies came with mashed potatoes, mushy peas and red cabbage.  There were six pies to choose from.  I got the Chicken & Mushroom pie.  Delicious!

We took a walk down Quay Street before heading back to the cottage which was 1 1/2 hours away.  (Plenty of time for a nap!) 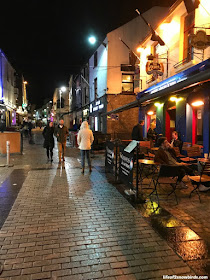 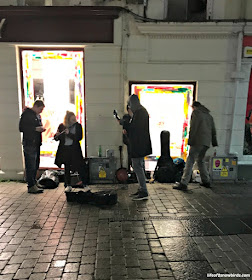 Our first road trip in Ireland was a success.  Thanks in part to JT's excellent driving skills and the gps.  We purchased the same sim card for internet service that we bought for our trip to Italy and bought a pop socket vent mount for easy viewing of the directions.  We wound up forgetting the pop socket vent mount in the rental car even though I was reminding myself, and everyone around me, that we needed to take it out of the car before we returned it to Hertz!  I am not surprised that we did forget it, I had a feeling that we would.  I think I would have been more surprised if we remembered it!

Join us for our next Ireland installment.  We'll let you know how we prepared for our off-season vacation.