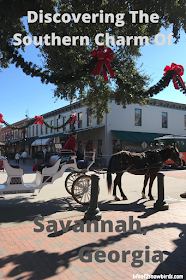 I was really happy when our son, Joe, asked us if we wanted to join him and his little family on the baby's first road trip which included a two night stop in Savannah, Georgia.  I had been wanting to visit Savannah for a long time and, as a matter of fact, it was very near the top of our bucket list.  The trip would take place after Thanksgiving so I was excited that we would be able to see the city all decorated for Christmas.

I added all the festive sights we enjoyed in Savannah to our post, It's Christmastime In The City - Week 2 and you can read all about it here.  I wanted to write a separate post on everything else we did and saw in this beautiful city, so here it is, a year later!

The first thing we did when we got to Savannah was to check into The Kimpton Brice Hotel.  Me, Soko and Shea checked out the hotel while his Mom and Dad checked in.   We liked the rows and rows of books throughout the lobby, Shea thought their couches were comfy but the hot cocoa bar was the best! 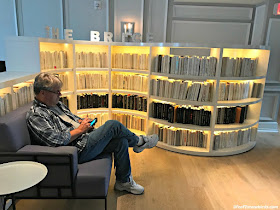 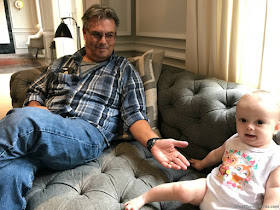 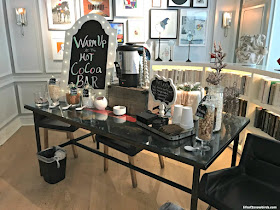 After we unpacked, it was time to go out and discover Savannah.  The picture I always envisioned when I dreamed about visiting Savannah, was of the buildings that rise up from the river front to the city level and the walkways, known as Factors Walk, that connect these buildings to the upper level streets.  It was so cool to be actually seeing it. 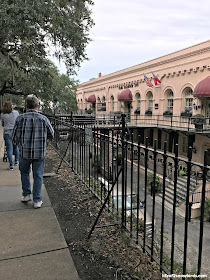 The hotel was conveniently located only a couple of blocks, and within walking distance, from Savannah's Riverfront.  It was above River Street, though, so we had to find a way down that didn't involve using these stairs.  Yikes!  It would have been nearly impossible with the stroller anyway! 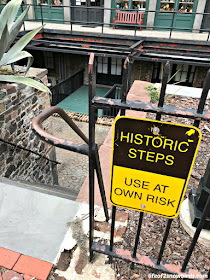 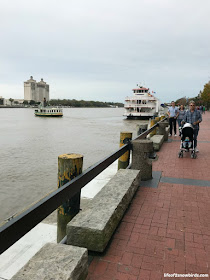 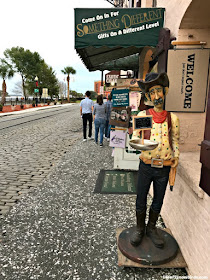 We found a few really nice sculptures as we walked along Savannah's Riverfront. 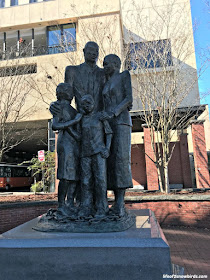 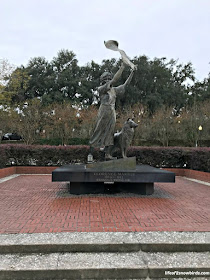 Since Shea was still happily relaxing in his stroller, we headed to Savannah's Historic District.  We passed square after square as we made our way over to the City Market.  There are 22 squares in Savannah that provide greenery to enjoy and a place to relax amid all the businesses and historic homes. 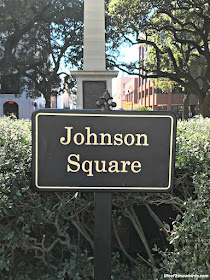 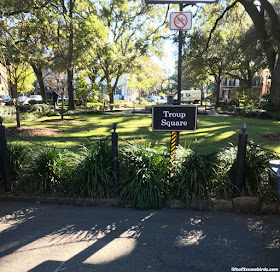 We made it to City Market (title picture) and did some window shopping but Shea was finally having enough of sightseeing for one day so it was time to head back to the hotel.   We passed many homes,with their grand staircases, on our walk back.   Another vision I've always had when thinking of Savannah. 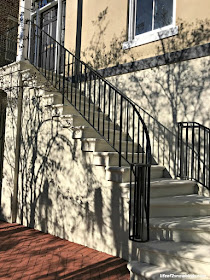 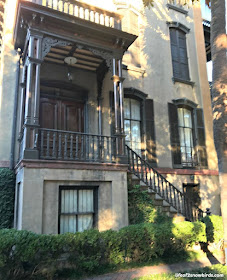 We brought back light sandwiches to eat at the hotel thinking it would be easier than trying to take a tired baby out to eat.  We were also thinking about the incredible snacks the Kimpton sent to Joe and Nicole's hotel room.   We didn't want to overeat and not have room for them!!

After plowing through almost all of the snacks, we called it a day. 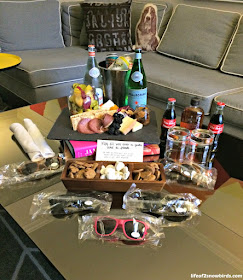 In the morning, Joe found a place for us to enjoy a southern breakfast.  Huey's Southern Cafe serves up authentic New Orleans cuisine and had an amazing brunch menu that included classics like fried green tomatoes, red beans and rice and shrimp and grits. 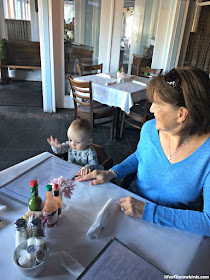 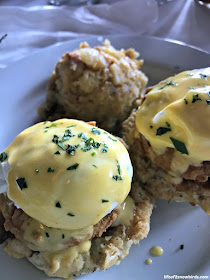 We took a short walk with the kids, then Joe and Nicole headed back to the hotel so Shea could nap and left me and Soko to enjoy the afternoon sightseeing.  We had an idea of all we wanted to see and left them but agreed that we would babysit so they could enjoy the evening out by themselves.


Cathedral of St. John the Baptist 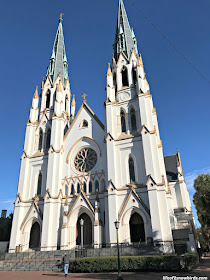 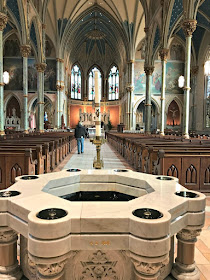 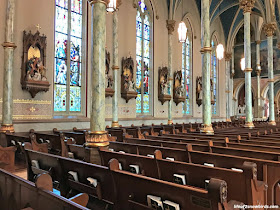 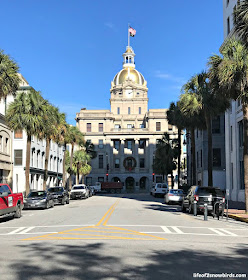 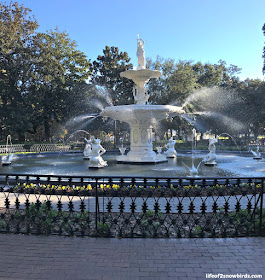 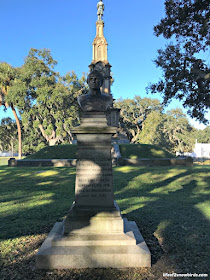 Monument to Francis Bartow in front of Confederate Monument 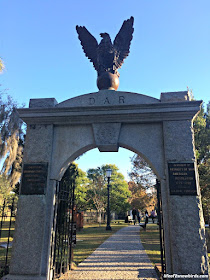 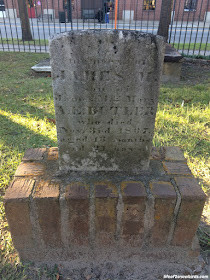 Savannah was all we imagined it would be, very southern and very charming.  We had a wonderful time especially because we had great company with us.  Now it was time to pack up and head to our next destination, our snowbird home in Florida.

There is a lot to pack up when you are traveling with one tiny little baby! 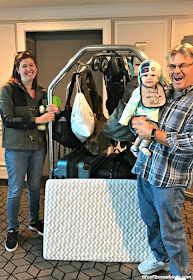